My first blog post of 2015 is something special. Beginning this month, I will be releasing my all-new e-serial, Origin. 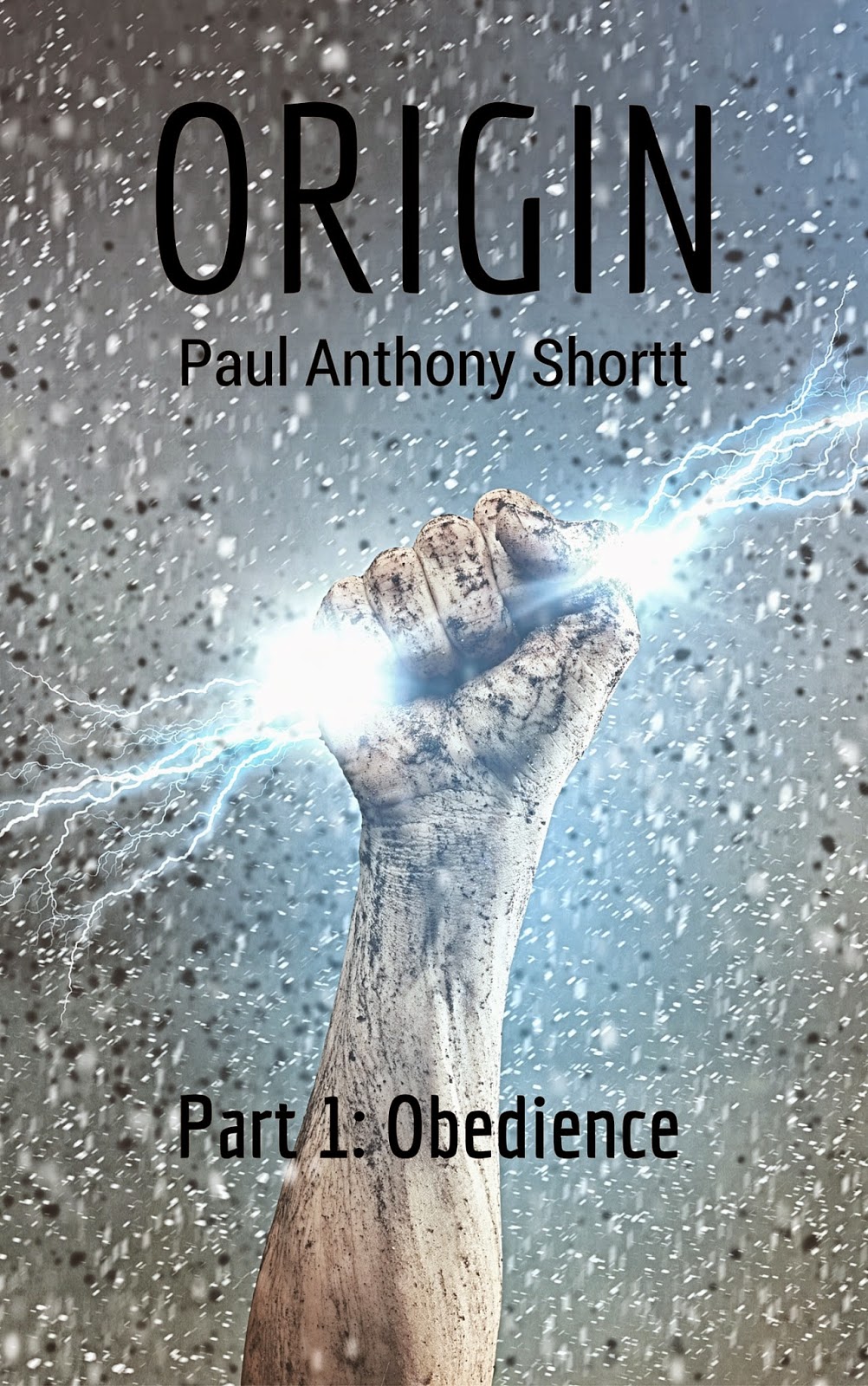 Will Thorne lives an obedient life. He goes to work to support his mother and brother. He follows the law. He reports dissident behavior. He looks the other way when a police officer brutally subdues a suspect. It's easy for someone like him to get by in a world controlled by the men and women who watch over the people. The ones with the powers. The ones who once wore masks.

But Will's obedience is put to the test when his brother's criminal activities finally catch up to him. After a terrible accident, Will finds himself imbued with unique powers of his own, and conscripted into the ranks of the Power and Authority Department.

Finding himself on the other side of the protests and barricades, using his superhuman abilities against ordinary people desperate for freedom, how far can Will push the limits of his  conscience? Will he become another part of the oppressive forces that rule the world? Or will he find the strength within himself to rise against his superhuman masters, and show the world what a real hero can do?

Obedience, Part 1 of Origin, will be released on January 31st, initially through Wattpad. Sign up and follow me there to read for free! Following this, I will release it, and future installments, on Amazon, for Kindle.

Posted by Paul Anthony Shortt at 9:00 AM