With mere days to go before I send the manuscript to my editor, and plans afoot for crowdfunding the release, I am pleased to reveal the cover for my latest novel, the third part of the Lady Raven saga, Blackened Wings. 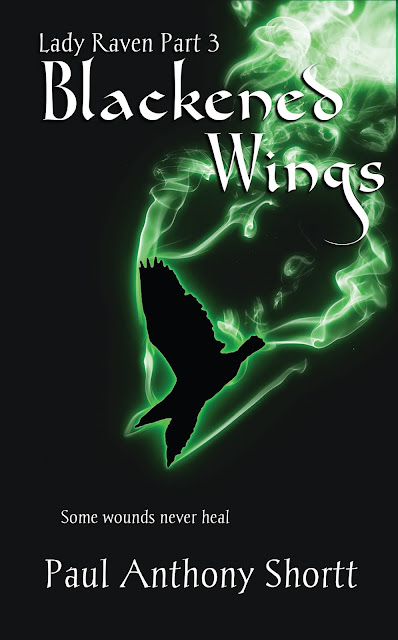 Victory comes at a price. Cora Ravenell helps lead the growing rebellion in its efforts to spread dissent and rally more opposition to the Empire. For the first time since her father's funeral, Cora's life has focus and purpose.

The Empire reveals its latest weapon, shattering the heart of the rebellion's leadership and scattering its allies to the wind. On the run once more, Cora risks everything to find a way to stop this terrible threat. She and her crew set off on a mission to find the only people who can hold the answer; the last surviving master channellers.

Posted by Paul Anthony Shortt at 10:04 AM