Last week I celebrated the release of Locked Within with a launch party in Hughes and Hughes in Dundrum.

When I was growing up I had all these dreams of what it would be like to become an author. I imagined my friends and family being excited for me, supporting me every step of the way. I imagined a crowd of people gathered around me to hear about my book, all eager to get a signed copy. Going in to the store last week, I was a little worried that it wouldn't live up to my expectations.

I can tell you now, it did not live up to my expectations. 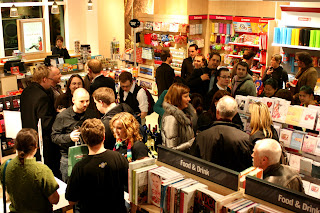 The launch was one of the best nights of my life. I haven't smiled so much and so freely since my wedding day. My wife and I arrived early, with the books (there had been a couple of problems meaning the store couldn't get stock in on time so I provided a limited amount and the store was ready to take orders when it ran out), and got settled. Some friends who had agreed to help out arrived shortly after; Ciara, who offered to take pictures of the event, Imogene who I'd asked to act as MC, and Fleur, who provided wine. We also had another friend, Beth, who was over from the UK for the launch and staying with us. 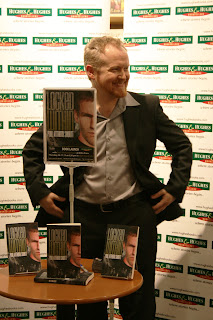 We got set up and my dad arrived with a projector and screen to show the book trailer on a loop during the night. I was given a small table with a few books displayed on it, while the staff set aside pre-ordered copies and put the rest on a larger display table in full view of the entrance. 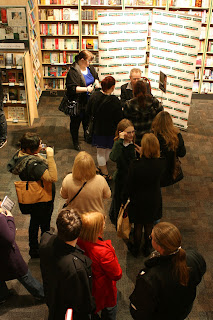 Then the people began to arrive, and it all gets a little blurry. A line quickly formed with people eager to get their copies signed, more than one commenting on how awesome it was that they had to wait their turn to talk to a friend! 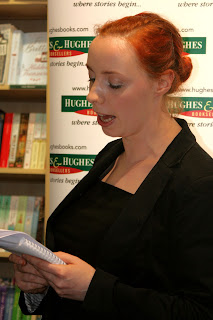 The books sold out in no time, and when nearly everyone's copies had been signed, Imogene called everything to order and introduced Ron Callan, one of my lecturers from UCD. Having never met him, she spoke about how I'd described him to her. A great teacher, brimming with knowledge but so engaging as a speaker he would always leave you eager to hear more. A friend, who always had time for his students even at a moment's notice. The man who handed me by college degree. I'd told Imogene that having him launch the book felt like a rite of passage, and she repeated this. I nearly cried. 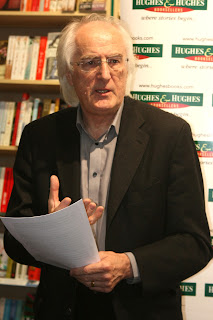 Then Ron started speaking. He had read Locked Within and loved it. He talked about how the book crossed genres; a detective story, a mystery, a thriller, horror, and evolving towards epic as Nathan's journey continued. He described the meaning he found in the names of characters, the idea of New York as a city so young, yet so powerful, and how he felt that I was very young to know so much and be able to express it. I couldn't believe it. I was hearing my favourite college teacher give a mini-lecture on a book I had written. I had never felt so honoured. I nearly cried again. 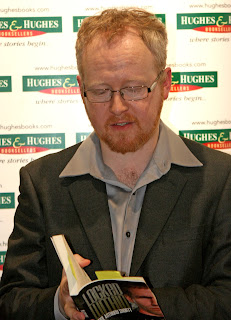 Finally, before I said my thanks to everyone who had helped me and supported me along my way, Imogene said a few more words. She opened with a quote from the song Alive. I've spoken before about how much this song means to me. She said "Let the end of the world come tumbling down, I'll be the last man standing on the ground. And if my shadow's all that survives, I'm still alive," then asked everyone to close their eyes for a moment. In that time, she said, for some people, entire worlds had sprung to life, with people and events never before imagined coming into being. She introduced me as one of those people. For the third time that night, I nearly cried.

I've never been more glad to have made notes of what to say and who to thank, because after all that I could never have managed to speak spontaneously in front of everyone gathered around me. I thanked the store, all the guests who came, my crit partners and beta readers, my other teachers who had guided my creative side and had managed to come to the launch, my parents, and of course, my wife Jen. On the day we met, I told her I wanted to be a writer. 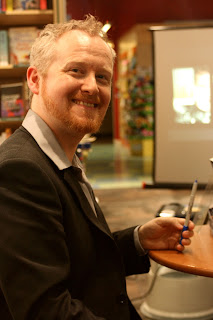 Now I am.
Posted by Paul Anthony Shortt at 8:47 AM