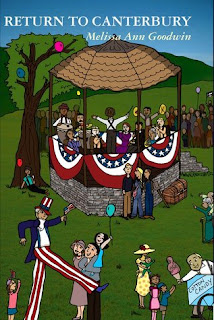 The sequel to her 2011 seasonal adventure, The Christmas Village, Return to Canterbury sees Jamie Reynolds on another time-travelling journey, reuniting with old friends.

Things have settled down for thirteen-year-old Jamie Reynolds since last Christmas. That’s when he time-traveled to 1932 and wound up in the town of Canterbury, Vermont. There he met Kelly and Christopher Pennysworth, who quickly became his best friends. Back in his own time again, he misses them every day. But, as the July 4th, 2008 holiday approaches, the biggest black cloud hovering over Jamie’s life is the mystery of what happened to his dad, who has been missing for almost a year.

Little does Jamie know that he will soon reunite with Kelly and Christopher for an adventure even bigger than their last. Together they’ll uncover a secret plot that threatens to destroy Canterbury. But will they be able to stop it before it’s too late? And will Jamie finally solve the mystery of his father’s disappearance? Return to Canterbury with us and find out!

Find out more about Melissa on her blog, and check out her books on Goodreads and Amazon. 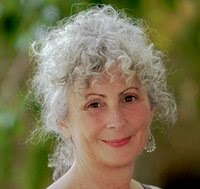 Melissa Ann Goodwin grew up in Andover, MA, where she spent a happy childhood living in her imagination and writing stories in her head. It was only a matter of time before those stories spilled out onto the written page. The Christmas Village and its sequel, Return to Canterbury, are the culmination of a lifelong dream to write the sort of books that she loved to read as a child.

Goodwin has been published extensively in children’s and national magazines and won an top award for her poetry in the 2010 Writer's Digest National Poetry Competition. Her first book, The Christmas Village, won the 2013 Book Blogger Fair Award for Action/Adventure.
Posted by Paul Anthony Shortt at 9:35 AM