No, this isn't the reveal for a series of Christmas novels (though I do have an idea there...).

I've known for a while that there is a secret story hidden within three otherwise unconnected movies. You see, I love Christmas movies, and it so happens that three of my favourites feature Santa Claus. Not just any set of three Santas, either. No, these three movies are all about the same Santa Claus, in the same universe.

You might think the holiday cheer has gone to my head, but sit back and get ready to see the true story behind three movies I'll be examining in this series of posts. In each one, I'll reveal the movie and explain how they are not only set in more or less the same universe (with a few differences in aesthetics), but they form a single continuous character arc for Santa Claus.

For today's post, we will look at Santa Claus The Movie.

After his parents were murdered by the Grinch in an alleyway, little Nicholas was inspired to fight naughtiness... Wait, wrong origin story.

I love an origin story, and Santa Claus The Movie is one of the very few movies that actually looks at where the jolly man came from, and who he was before donning the red and white suit.

Claus and his wife, Anya, bring toys to children every Christmas. It's mentioned later in the movie that they were never able to have children of their own, and so Claus loves all children, everywhere. However this year, there is a particularly bad snow storm. They become lost, and they and their two reindeer, Donner and Blitzen, freeze to death.

Yeah, didn't see that coming, did you? We are not playing around here, kids.

They awake, however, finding themselves transported somewhere else, a place filled with mountains of snow and ice. The elves arrive and take them to their new home, explaining that Claus has been chosen to bring toys and wonder to children all over the world.

Claus prepares for his task, and next Christmas Eve, is introduced to the "Ancient Elf".

You know this means that both Santa Claus and Rocky Balboa were mentored by the same guy, right?

Anyway, the Ancient Elf speaks of a prophecy that has come to pass, and reveals that in addition to immortality, Claus will be given all of the things he needs to complete his mission. Time will travel with him, creating an endless night, just for him. He will be able to fly. And all those in the world will now know of him, and that he will forever more be known as Santa Claus.

Santa takes to his sleigh, and his reindeer carry him into the night sky to the rousing chorus of "Joy to the world."

The music is instrumental only, but is it sacrilegious to have the line "Joy to the world, the Lord has come" in subtle reference to Santa Claus taking his first flight? If it is, it's worth it. The scene is wonderful and always gets me choked up.

Centuries pass, and Santa Claus carries out his task, learning to award toys to the nice children, but not to naughty ones. Now, one thing to note is that for all we see of the elves making toys, throughout the Obligatory Montage we never see a child playing with a toy the elves are shown to make. This will be worth keeping in mind, and I'll explain why in Part 3, but for now let me make a declarative statement: The elves do not make the toys that Santa delivers.

When we do see an elf's creations sent to be played with, disaster strikes. And it's all the fault of Patch.

I gotta be honest, the scene where the kids' toys fall apart is fucking heartbreaking. Little kids falling off faulty bikes and watching helplessly while a broken toy cart is run over by a bus is some cruel shit. I told you this movie wasn't playing around.

As a result of this, people stop believing in Santa Claus. Kids who do still believe, like Joe and Corny, two minor characters who have befriended Santa, get beaten up for defending him, and Santa has to exile Patch. And it is only now, halfway through the movie, that we meet our villain, the evil toy company boss, BZ, who is also Corny's uncle.

BZ's company is under investigation for making toys that are dangerous for children. How dangerous? Well, one doll is made of material so flammable that a cigarette being held near it causes it to burst into flames. A toy panda? Is stuffed with nails and broken glass.

I told you. This movie? Not playing around.

BZ teams up with none other than Patch, who thinks he can show Santa how valuable he is by creating the best Christmas present ever. Patch develops a lollipop with makes children float. And it's being given away for free. But of course, BZ has other plans, and wants to take over Christmas for himself!

Santa, meanwhile, laments that people don't seem to care about giving a gift just so a friend can be happy. He thinks BZ may be smarter than him, and wonders if there's any point in continuing. He wants to give up on Christmas. The stakes simply cannot get any higher, folks!

I have to say, all joking aside, this is a really lovely scene between Santa and Anya. Santa Claus in movies is so often a flat, two-dimensional guy, with no flaws or doubts. Here, we get a glimpse at his human side. He's hurt and vulnerable, and it's such an understated scene, done in dark, intimate lighting in total contrast to the rest of the movie.

Back to the action, and BZ is planning "Christmas 2", for which he demands a better, improved gift. Patch increases the magic formula and produces candy canes which will make children fly. Money starts pouring in. BZ is planning to take over Christmas, leaving Santa in the dirt.

Joe, who has been hiding out in BZ's house while Corny helps him recover from being sick, is discovered listening in, and is kidnapped.

Unfortunately for children everywhere, it is revealed that the candy canes react to heat and explode. Anything as warm as being next to a radiator will trigger them. BZ doesn't care, however, and plans to take the money and flee to a non-extradition country.

Sorry, let me interject again. The villain here is going to take his money and flee, while the Christmas gifts his unwitting elf partner will be sending out are going to cause every single child on the planet to be blown up.

Corny writes to Santa to get him to help. Only two of the reindeer are sick, and the rest are still tired from Christmas Eve. It's all on the line. 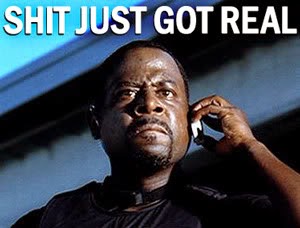 They race to save Joe, and Corny explains about the candy canes and says she called the cops on her uncle. The cops show up to BZ's office and he tries to escape by eating handfuls of candy canes. Unfortunately for him, he is unable to control his flight and shoots up into the sky.

Meanwhile, it turns out that Patch found Joe, and realised that Santa does care about him, so he packs Joe and all the candy canes into his flying car to let Santa have them instead of BZ. But the candy canes are right next to the engine, and they're heating up.

Santa pulls off the Super-Duper-Looper, a move he named before ever being able to complete it, and loops around the car to rescue Patch and Joe as the car explodes.

Santa and friends celebrate, and we end on a scene of BZ flying through space along with bits of the destroyed flying car. Somehow, he is able to breathe and speak, crying out as he tumbles off away from Earth.

Okay, so the ending is a little weak, narratively-speaking. The hero never really defeats the villain, and we're still left with the hanging issue of people the world over having lost faith in Santa Claus. What can be done? How will Santa regain the trust of the children?

Tune in next time and see.
Posted by Paul Anthony Shortt at 11:59 AM