Today was a good day. We got to hold Conor for the first time, before he was transferred to the ICU department in Crumlin Children's Hospital. It really did feel amazing to finally have him in my arms.

He's had all his tests done, so tomorrow the hospital staff will get the preliminary results back and have a meeting to decide what needs to be done to make him better.

Since last night he's improved a little. He was taken off of an oscillator machine used to help stabilise his blood oxygen, and he's been doing well off it. His blood oxygen levels did go down from 90% to 86%, but they've also reduced the amount of pure oxygen being fed through the ventilator from 100% to 85%. I'm calling this a good thing.

My dad and I were allowed in to see him at Crumlin. We both provided Reiki together, which was a great feeling. I know he's still sick and has a way to go, but we love him and I believe he will pull through this. He keeps fighting. As soon as Jen held Conor, his blood oxygen shot up from 90% to 96%. I think someone knows who his mum is. 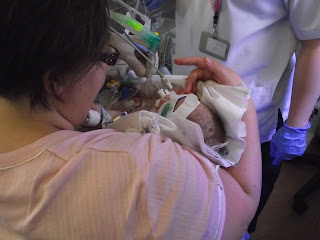 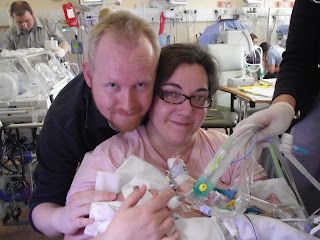 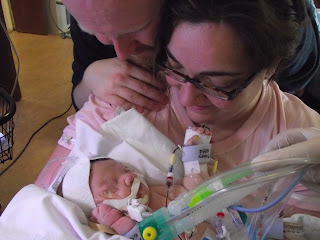 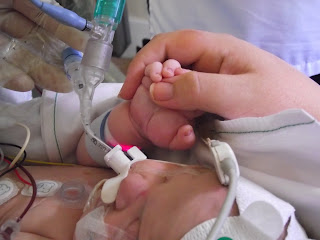 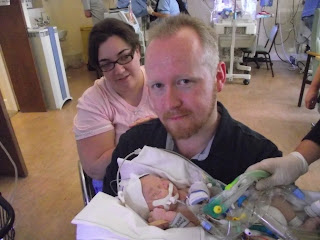 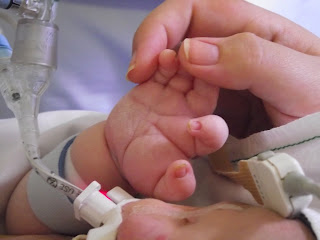