This past weekend, I finished the single player campaign of Tomb Raider. 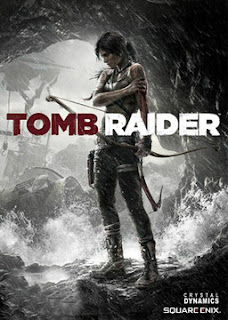 I'll be honest, I first jumped on the bandwagon of people who got riled up at the initial trailer which seemed to focus on sexual assault as a defining moment for Lara's story. This is a case where the marketing department in charge of the trailer clearly missed the point. Lara runs a crucible of horrendous trials, responding to pain and pitfall after pitfall by forcing herself to become stronger with every fresh wound.

I loved the game. The challenges and character-defining moments change and evolve with the story. More than just being a way to justify higher difficulty or new enemies, the challenges feel natural and cinematic. The story and Lara's development take precedent, and I think the game really benefits from that.

My favourite sequence has to be Lara'a run through the burning Solarii tower. The music gets your heart racing, while everything around Lara turns to chaos, forcing her to survive with the only thing she can rely on - herself. It's a thrilling scene which forces the player to instinctively call on all the skills they've learned through the game to that point.

Suffice to say, I was thrilled to hear there's a sequel in the works.
Posted by Paul Anthony Shortt at 9:00 AM