Red Skies is out tomorrow! 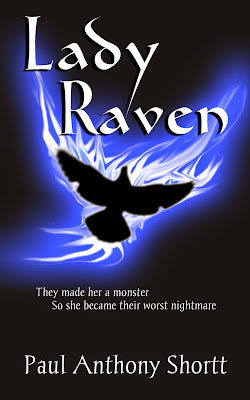 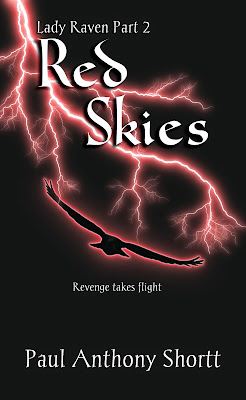 What a year this has been.

Those of you who've been following me for a while will know I've had a demanding couple of years. Those of you close to me will know just how hard those years have been, for various reasons.

We are now halfway through the year. June 30th. I won't say 2015 has been easy. But it has certainly been victorious.

Red Skies is out tomorrow. This is my fifth novel to be released in the space of three years. It hardly seems real, and while I'm still a very new author, hoping every day for the breakout that'll allow me to make a real living from this, I am genuinely proud that I've managed to accomplish all this while working full time and helping my wife raise our three wonderful daughters.

I started the Lady Raven series with the intention of doing my part to bring more female heroes into the world of action and adventure fiction. I wanted someone my daughters could look up to. Someone that anyone, regardless of gender, could look at and say "This girl kicks ass." That girl, that woman, became Cora Ravenell, who takes the mocking title "Lady Raven" and turns it into a weapon against the oppressive Empire that destroys her life.

Over the next several days, you can look forward to some blog posts discussing not only the world Cora inhabits, but also what I feel is important about what a character like Cora says to readers. The decisions I make within every book are carefully considered, and I'd like to share that. Posts will include such topics as "The Importance of Heroines," "Chakras and Channelling", and "Sex and Relationships in Lady Raven."

So heave to and raise the colours. It's time for Lady Raven to fly once again.